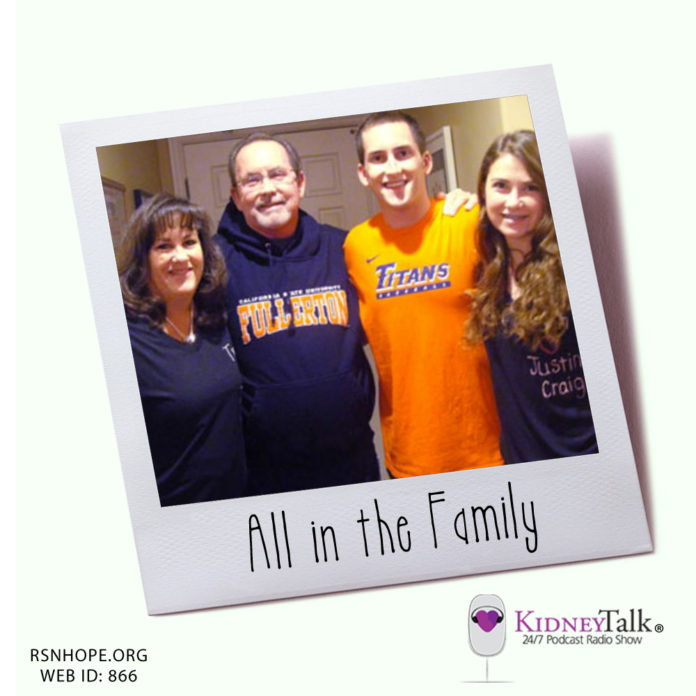 The Hostert family never knew that kidney disease would affect their lives in so many ways. Kathleen and her son Justin share the bond of having given the gift of life to Husband/Dad Craig. Listen to this rollercoaster of a ride show and hear what the family learned throughout this journey. Organ donation can bring a family even closer together.