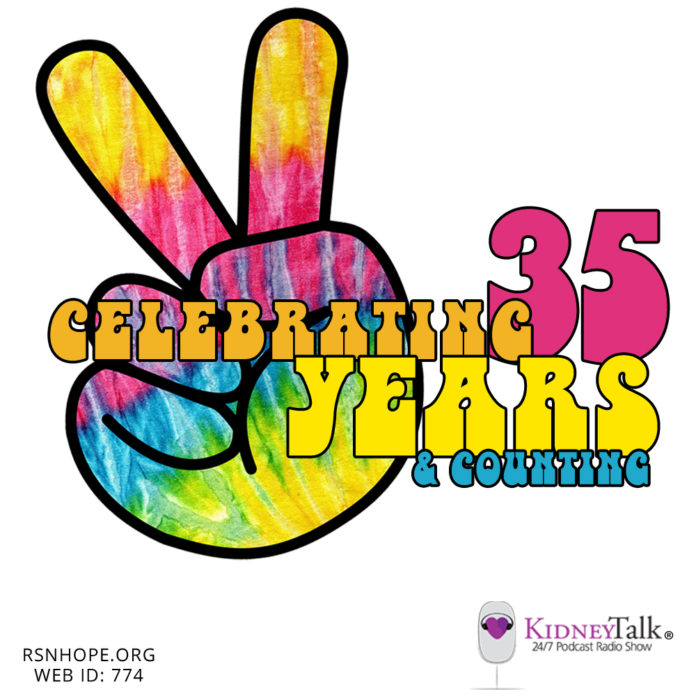 Are you old enough to remember Woodstock ? Do you know what you were doing the week of Woodstock (assuming you weren’t at the concert, that is)? A die-hard rock-n-roll fan, Charles Rosenberg remembers quite well.

On KidneyTalk this week, Lori and Stephen visit with Charles, a living legend in the kidney community. In 1971 he received a cadaveric kidney transplant and has just celebrated his 35th anniversary.

Listen in as Lori and Stephen discuss with Charles the ups, the downs, and the in-betweens on all the years of living with chronic kidney disease and transplantation and his 35 year-old kidney transplant. Lori also asks about an important piece of legislation regarding organ donation that has been enacted in New York thanks to Charles.

Set your Internet dial to KidneyTalk and listen along with the rest of us as Charles shares with Lori and Stephen his secret to success of living this long with a transplant. He even reveals his favorite band of all time – something any true rock-n-roller would want to know!

If you’ve had a kidney transplant for more than 35 years, please contact us. We’d love to hear from you!