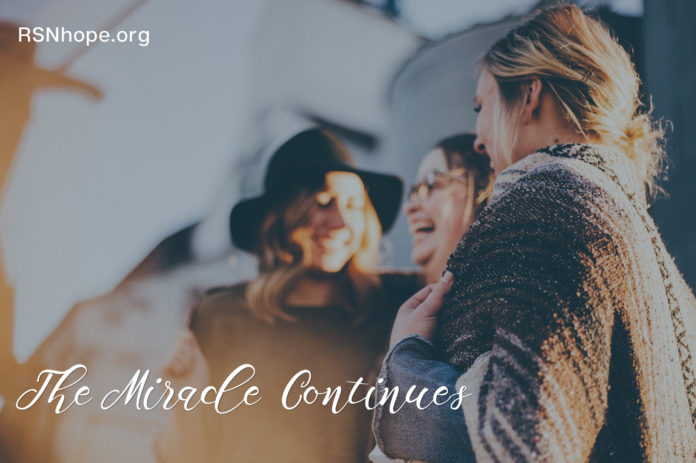 When you think of a hero you may naturally picture a firefighter, rushing into a burning home to save a child, or perhaps you imagine the hero to be a comic book super being, ridding the city of crime.  But imagine Patrice Smith, a petite woman, a college administrator, a wife and mother who runs marathons for fun – how could she be considered a hero?

Throughout history the word heroism refers to people that, in the face of danger and adversity; or from a position of weakness, display courage and the will for self-sacrifice, for some greater good. Patrice Smith, a total stranger, donated a kidney to our 21-year-old daughter, liberating her after 3 years on dialysis. With pure altruism, Patrice contacted our family, persevered through the evaluation process, traveled across the US and gave a beautiful gift of love and life – giving Jenna the chance to pursue her dreams, and live the life of a normal young woman. Jenna began dialysis her senior year of high school. Diagnosed at 15 with renal failure due to a defective bladder, her health declined to the point that dialysis was her only option. But it was so exhausting for her. I’d see her come home from the hemodialysis center and think, she’s alive but she’s not thriving.  Jenna was listed for a kidney transplant, but the wait time here in Southern California was 5 to 7 years, and with O positive blood, she fell into the largest group waiting for kidneys. We multiple-listed Jenna at 2 other transplant hospitals outside our local area, hoping to increase the odds that she’d receive a deceased donor transplant. We also began to explore the idea of living donation.

I came across Living Donors Online (LDO) on the internet. It’s an online community for living donors, potential donors, and their families. I had come to the site originally because I had hoped to donate a kidney to Jenna. Sadly, testing proved that I was not a match. As other friends and family were also ruled out as suitable donors, I continued to post messages on the forum, hoping to find answers, and support.

Patrice was also looking for answers. She had been scheduled to donate a kidney to a man in Pennsylvania, but 4 days before the surgery a positive cross match blood test ruled her out as a donor. She wanted to understand how it could happen. I replied to her post to explain how a transfusion may have changed her recipient’s blood. She not only asked questions but also read stories on the site, one of them being Jenna’s. That led her to the Caring Bridge site (a free website for patients) where I had been journaling our experience with Jenna’s dialysis and hopes for a transplant.

A couple days later I received an email from her that said, “Thank you for your reply to ‘Physically and Emotionally Ready.’  That was me.  I read your daughter’s story on Caring Bridge.  It just so happens I visit a site on Caring Bridge daily.  My husband’s partner’s daughter had a diving accident … She has a spinal cord injury and the site is a wonderful place to send your thoughts and prayers as well as being updated on her rehabilitation. I also wanted to let you know I would be willing to donate to your daughter.  I have had all the tests possible performed at The University of Pittsburgh Medical Center (UPMC.) After reading the update from your potential donor I felt your frustration.  It is an emotional rollercoaster.  I feel a bit awkward offering to a total stranger but it feels right…..”

The emails between Patrice and I went back and forth over a few days. She contacted our transplant coordinator and the process began. Since she had already been tested and approved at another center the evaluation went smoothly, and it wasn’t long before we heard the news from the coordinator, “She’s a match!”  The next step was for Patrice and her husband to come out from Ohio to La Jolla, CA and do follow-up testing with the transplant team.

We arranged to meet when they got in town. Jenna and I drove to the hotel near the transplant hospital. I was very nervous about this face to face meeting.  I really did not know what to expect, but was happy and excited that we had this donor who seemed to be willing and able! Jenna was also apprehensive; she said she almost felt like she was going on an audition.

Patrice and Jeff met us in the lobby of the hotel and they greeted us like old friends. We sat and talked and got to know each other. Patrice gave Jenna a little box. Inside was a silver necklace with a charm inscribed with the words, “Live Your Life.” We had dinner together and it was the beginning of a wonderful relationship with these new friends from Wooster, Ohio. At the end of the evening Patrice promised to let us know how the testing went. We hugged and said good-bye. This was really happening! Days later we learned that the team had approved her to donate and Patrice called to let us know that she was ready to pick a transplant date!

On January 16, 2007 Jenna and Patrice underwent surgery at Scripps hospital and it was a success! Jenna’s new kidney worked immediately. Patrice was out of the hospital in 3 days and Jenna in 4! The difference in Jenna was immediate; her color was better, her energy increased and she was eating better!

Three months to the day after the surgery, Patrice ran in the Boston Marathon. She came in near the top of her division, and felt great too! Jenna has said that because Patrice is very athletic she feels inspired to take better care of herself.

By law, kidney donors are not allowed to accept payment, but they can be reimbursed for their expenses and lost time at work. I had to insist numerous times that Patrice tell me what she had spent on airfare and lodging during the testing and surgery, and she finally gave me a total. We sent a check to Patrice, and she and her husband turned right around and immediately gave the money to a local family that was having trouble paying their medical expenses.

Patrice’s heroism and generous spirit has inspired me to help others by being an advocate for organ donation.  I now serve as a moderator for ihatedialysis.com, an online community of dialysis and kidney patients. I am also an administrator for livingdonorsonline.org. After struggling with renal failure for 6 years, Jenna has inherited Patrice’s tri-athlete energy since the transplant, walking all over Pasadena, working out in the gym. She is now the most physically fit she’s ever been in her life. She recently began a new job and life is looking good for her!

This transplant is truly a miracle. I don’t know if I could have ever imagined the way it turned out. Meeting such great people like Patrice and Jeff was a gift beyond our expectations. They will always be welcome in our home. As my sister says, “A part of Patrice is in our family, and Patrice is now part of our family!”

About the Author
Karol Franks lives in Southern California. She is married and a mother of 4. Her 22 year old daughter received a kidney from an altruistic donor in Jan. 2007, and as a result Karol became an advocate for patients and living donors. She serves as an administrator for www.LivingDonorsonline.org – an online community for living organ donors, potential donors, their families, and medical professionals. She also volunteers as an administrator for ihatedialysis.com, a patient support forum for patients and their families as they cope with living with kidney disease. Since 1995 Karol has also volunteered for the Pasadena Showcase House of Design, one of the oldest, largest and most successful house and garden tours in the nation, which provides funding for music programs for children, as well as supporting the Los Angeles Philharmonic Orchestra. 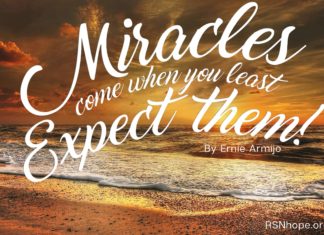 Miracles come when you least expect them!

It was in the year 2000 when I was diagnosed with Polycystic Kidney Disease (PKD) after my doctor discovered my blood pressure was elevated.... 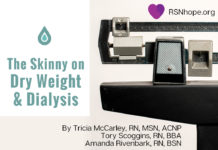 The Skinny on Dry Weight & Dialysis 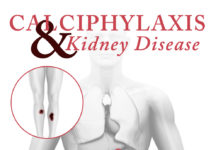 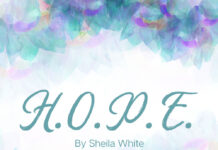