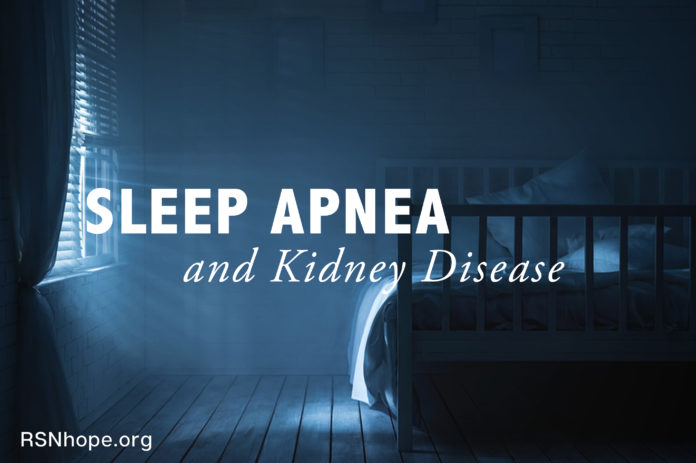 Sleep apnea (SA) is a serious condition that is particularly important for patients with kidney disease to identify and understand. Complications include hypertension, heart attacks, strokes, and even sudden death. Just as importantly, SA affects individuals on a daily basis, causing fatigue, headaches, depression, and overall diminished executive functioning, which can lead to strains on interpersonal relationships and loss of productivity in daily endeavors.

Prevalence of SA
It is becoming more apparent that SA occurs at an alarmingly higher rate in people with chronic kidney disease (CKD). In the dialysis population, prevalence of SA has been described to occur in as many as 50%-90% of individuals.1,2 There is emerging data as well, in addition to our own information within the Kaiser Permanente Southern California database, revealing a higher prevalence of SA in early CKD patients not on dialysis and even in renal transplant patients.

SA appears to be highly prevalent in all forms of CKD. Given the potential implications onhealth and well-being in those individuals who suffer from SA as well as those who have CKD, identifying and treating the condition in individuals with CKD may improve patient survival and quality of life.

Complications of SA include:

Treatment of Sleep Apnea associated with:

Sleep Apnea Defined
Many forms of sleep disorders exist. In fact, the Institute of Medicine estimates that 60 million Americans suffer from some sort of sleep disorder.3 SA is a form of sleep disorder where the actual movement of air within the airway is compromised. A sleep study with polysomnogram is the gold standard for diagnosing SA.

Apnea is defined as a complete cessation of airflow during sleep lasting for at least 10 seconds, and, in some instances, lasting for over oneminute. Hypopnea is a partial (at least 50%) obstruction in airflow lasting for at least threeseconds. Both cause the individual to lack the oxygen required to normally function.

When individuals have six or more of either apnea or hypopnea events in an hour during sleep or what is referred to as an apnea/ hypopnea index (AHI), they meet the criteria for SA as specified by the American Academy of Sleep Medicine Task Force. Sleep apnea is further classified as central SA if no respiratory effort is made, which accounts for less than 10% of patients or more commonly obstructive SA if respiratory effort is present.

Clinical Signs and Symptoms
Clinical signs and symptoms that may raise the suspicion for SA can be obtained from the individual or even his/her sleep partner. Two questionnaires devised to detect SA are the Berlin Questionnaire and Epworth Sleepiness Score. Based on the scoring from these tests, these questionnaires have up to a 90% success in detecting SA.4

How likely are you to doze off or fall asleep in the following situations, in contrast to feeling just tired?

The Situation (chance of dozing) *

*    Score of 9 or higher is associated with sleep disordered breathing15

Into the Stress Mode
In patients with obstructive SA, repeated gasping efforts are made to breathe during sleep. This is mostly unsuccessful due to the blockage of the airway. In essence, they suffocate and struggle against the lack of oxygenation while they are sleeping. This can lead to many damaging consequences on the body because a heightened alarm state is occurring from the lack of oxygen.

In either central or obstructive SA, the body goes into a stress mode with the BP becoming elevated, and cascades of events occur within the bloodstream. The chronic and repetitive nature of the effects of SA likely result in the vascular consequences of heart attacks, strokes, and high BP that are observed in SA patients.

Patients’ sleep and rest is obviously disrupted as well. Because of the suffocation or desaturations, patients are not able to go into deep sleep nor are they able to have a continuous night’s sleep. They have less frequent rapid eye movement (REM) sleep, which is where humans do most of their dreaming and get their feeling of rest.

CPAP: The Gold Standard
The gold standard for treatment of SA is the use of a continuous positive airway pressure (CPAP) device, which forces air into patients as they sleep. For severe cases, surgical intervention with a tracheostomy may be required.

Modifying known risk factors such as weight reduction and avoidance of sedatives, including alcohol, can also improve SA.

Underdiagnosed and Undertreated
The prevalence of SA in the general population is estimated at 2%-4%, but that is only half the story. The diagnosis and treatment of SA is much less than that, and one study showed that less than 1% of the population is actually diagnosed and treated.5 Overall, it is estimated that 80%-90% of SA goes undiagnosed in individuals who have the condition even though treatments of SA have shown improvements in many organ systems throughout the body.6

Is Nocturnal HD Better?
The high rate of SA in dialysis begs the question as to whether the uremia from kidney failure causes or contributes to SA. In fact, case reports have shown resolution of SA after patients have received a renal transplant.9 This also raised the issue of whether more aggressive dialysis may ameliorate SA in dialysis patients and also whether transplant medications may have a role in SA.

Renal Transplant: Friend or Foe?
Although a few patients have been described to have had their SA cured with renal transplant, the post-transplant state also appears to be a risk factor for SA. A recent study found that 27% of renal transplant patients had a high likelihood for SA based on the Berlin questionnaire. This was comparable to the 33% who were on the transplant waiting list, including dialysis patients.12

In heart transplant patients, the post-transplant state has been associated with a significant amount of weight gain in those individuals with SA.13 Therefore, the post transplant state due to multiple factors such as medications along with improved nutrition and appetite may represent another risk factor for SA.

The Early CKD Question
Early chronic kidney disease (CKD) patients who are far removed from dialysis have not been well studied in terms of the prevalence of SA. The few studies published suggest that they also have a greater prevalence, although it may not be as high as the numbers observed in the dialysis population.

A recent study by Markou, et al, demonstrated a SA prevalence of 54.3% in patients with advanced CKD but not on dialysis.14 An evaluation of our information in the Kaiser Permanente Southern California database revealed that patients in the first stages of CKD had a 30% greater likelihood for SA, even after controlling for age, gender, sex, and body mass (preliminary data). Whether SA causes early CKD or CKD causes SA is undetermined, but it is an important question nevertheless.

Conclusion
Sleep apnea is highly prevalent in CKD patients throughout all stages, including CKD, dialysis, and transplantation. SA causes complications in many different organs and also has a negative impact on the daily functioning of the individuals who suffer from this condition.

Although SA is receiving more attention, it is still not being detected enough. CKD patients need to know that they are at greater risk. Identification and treatment of SA can improve the lives of individuals and their families.

About the Author
John J. Sim, MD, is a member of the faculty in the Nephrology Fellowship Program at Kaiser
Permanente Los Angeles Medical Center. He is also a clinical instructor at the David Geffen University
of California, Los Angeles School of Medicine. Dr. Sim chairs the division CME activities. His research
interests include CKD, SA, and vitamin D. 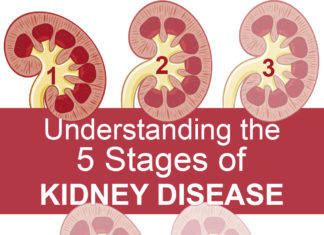 Paying for Dialysis or Transplant

Avoiding the Telltale Symptoms of CKD – What’s the Cost? 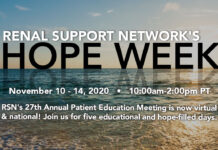 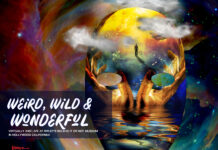 Weird, Wild and Wonderful at Ripley’s Believe it or Not Museum 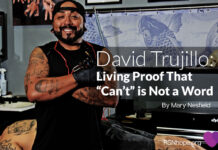 David Trujillo: Living Proof That “Can’t” is Not a Word 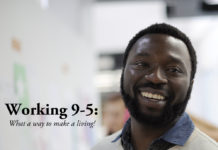