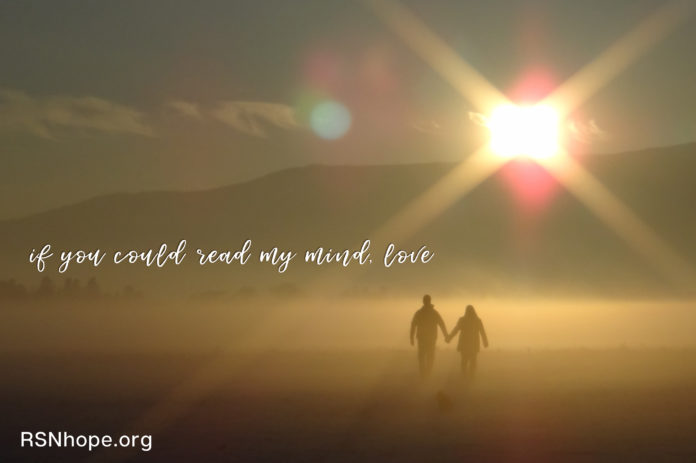 Author’s note: During the 2007 Annual Dialysis Conference in Denver, CO, I visited with Bruce Bartlow, MD, a nephrologist from Redding, CA, and author of Medical Care of the Soul. Being familiar with my late husband’s story of 25 years on home hemodialysis, Dr. Bartlow offered this suggestion: “You speak of Jerry so often. You should write an article from his perspective and how you think he felt about you as his caregiver.” What follows is the result of his unique idea, a story in Jerry’s words as I imagine he would write them.

“If you could read my mind, love
what a tale my thoughts could tell.”

Do you ever want to just crawl inside someone else’s mind, to feel exactly what they feel, to never need to second guess their feelings—to be that person, if just for a while?

So many times I wish my wife could have read my mind. How much easier that would have been! Despite our closeness, despite the extraordinary number of hours spent together on my dialysis nights, despite long rambling conversations about everything and nothing, she still wasn’t privy to all my thoughts.

We confided so much to each other, but countless thoughts were left unshared. Maybe that’s the nature of any patient and caregiver partnership, regardless of their relationship to each other. I should have told her what it is really like to be the dialysis patient. I should have listened to her more, too. My wife, in one of her sarcastic moods, announced that she was moving to Alaska to train sled dogs, to which I apparently mumbled, “Uh, that’s nice dear,” thereby proving that listening is not one of my fortes.

“Just like a paperback novel,
The kind the drugstores sell.”

The year is 1967. My friends think I have become a syrupy, sappy, emotional wimp since I met Denise. Not so incidentally, I also have nephritis. My physician’s reassurance that new therapies for kidney failure are being tried is not much reassurance at all.

How can I break the news to the girl I hope to make my wife? Amazing! She says we will deal with it when it happens. Suddenly, kidney disease is less of the overriding fact directing my life. Our wedding will be in the summer of 1969.

Fast forward to 1980. Dialysis is a reality now. To think that less than a year ago, the word fistula wasn’t in my vocabulary… There’s a long litany of new terms I need to know and an entire new set of challenges to face. Someone unschooled in medicalese needs an interpreter. After a particularly perplexing session with doctors, I turn to my wife and say: “Now explain to me what that was all about.”

I am scared, but was raised in the old tradition where men are not supposed to show too many feelings. Yet, I am facing a chronic disease with an uncertain future. My first thought: Denise is a nurse, so everything will turn out all right, but, seeing uncertainty in her face, I panic a little. Is it possible that she is scared, too? Taking care of a husband must be different than caring for a stranger. I’ll need to remember that.

In the beginning, there are just so many unknowns. Denise is hovering over my every move, nearly suffocating me with her fussing and worrying. Can’t she comprehend that I am still her same husband? The only difference is dialysis in our life. On the other hand, things can never be exactly the same again. Very few answers and so many questions right now!

Some of the questions I had were: 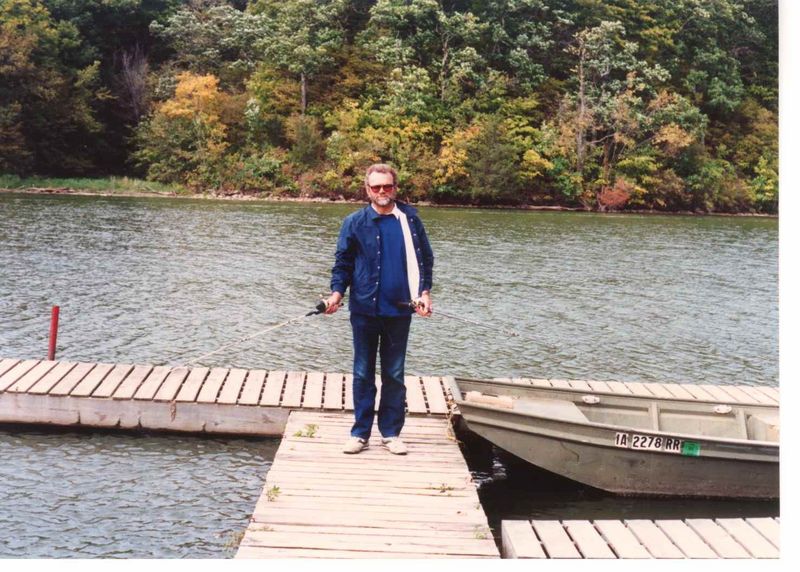 I have dubbed my wife the queen of needle sticks. For nearly 20 remarkably uneventful years, we have been dialyzing at home. Denise tells me I am still the same guy who is seldom serious about anything except work and golf. Dialysis has become just another chore neatly tucked in amongst work and family life. It has taken effort to get to this point, though.

The answers to my original fears have come gradually. In the process, these answers have turned my uncertainties and dread into hope for the future.

Work consumes at least 50 hours of my week. Denise and I have celebrated 30 years of marriage and the high school graduation of our son, Marty. As a family, we tromped through Disney World, Busch Gardens, swam in the ocean, rode alpine slides in Colorado, partied in New Orleans, and fished in the northern lakes. Life is wonderfully normal. The startling discovery is that dialysis is almost incidental.

I have lost and won money with my poker friends. I have played golf from coast-to-coast and have been known to rush away from a dialysis center in order to make a tee time. Kidney disease and a fulfilling life can coexist.

I am not always sanguine however. On several occasions, I told my wife: “You aren’t the one who has to sit here for five hours.” To which she promptly snapped: “You aren’t the one that has to watch and worry. My job is tough, too.” She doesn’t always understand that being upbeat can be a struggle.

We get on each other’s nerves. We argue, and we give each other the silent treatment once in a while. Which means that things are pretty normal for a married couple, I guess. Dialysis does not transform anyone into instant saints.

The flip side is that we bring out the best in each other, too. We laugh and love. We hold hands during a romantic meal, and, in the dark, we whisper our hopes and fears to each other. We support each other, delight in the other’s accomplishments, and are content in the presence of each other. We find daily joy and a few challenges in raising our maturing son. In other words, we just live our lives. 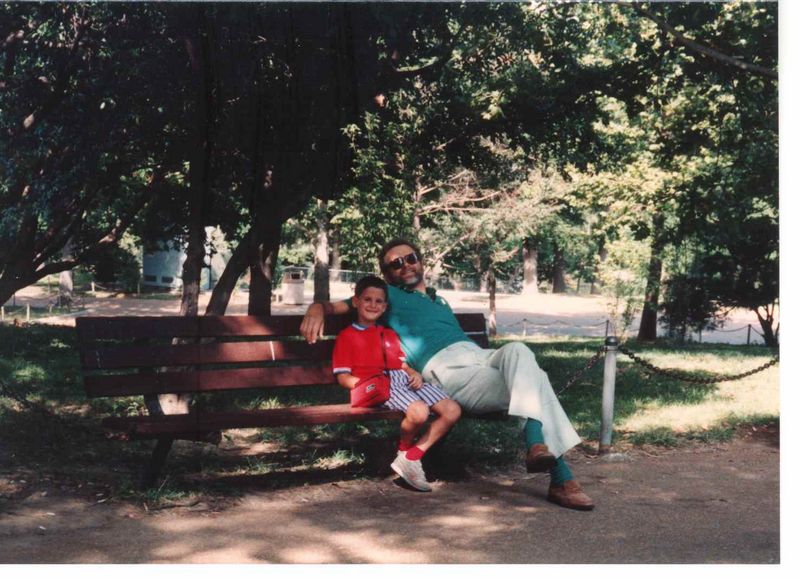 I am not a hero. Life is especially tough these last few months. Denise and I do an emotional dance around each other. She makes light chatter when I am in the mood to discuss serious issues. Is she oblivious to the obvious? She is either deluded or blind if she thinks I am still just as healthy as even a year ago. My need now is to skip the trivialities and deal with the important issues. Lately, she is the one who does not always listen.

This year of 2004 marks our 35th anniversary. My gift from Denise was a recording of favorite songs from my childhood and melodies that hold special meaning for us as a couple. My wife added a twist by including a popular ballad about heroes, a special song commemorating our 35th anniversary. Denise tells me that heroes aren’t famous athletes, film stars, or influential politicians. Instead, heroes are people who live their lives with quiet courage, hope and humor in the face of heartaches and setbacks. She told me I am her hero. I can’t help but smile. A pretty neat anniversary gift!

Following are the author’s own words after the death of her husband in 2004.

My husband was, and still is, my hero.

Despite the fact that I knew Jerry so well, I can still only guess what it must have been like for him. I could never be him, feel what he felt. My husband existed in the work world of business and finance. He once commented that partnerships are a precarious balance between parties and that everyone involved must keep the lines of communication open and honest. Was he commenting on our dialysis relationship, too?

Perhaps the ultimate secret of a loving patient and caregiver partnership is quite simple: to make an honest attempt to appreciate what is in the other’s mind, to listen with our hearts to the unspoken words, and to let our souls connect.

About the Author
Denise Eilers, RN, BSN, is a healthcare professional whose husband, Jerry, was on home hemodialysis from 1980 until his death in October 2004. She teaches nursing fundamentals at United Township Area Career Center in East Moline, IL. Denise resides in Davenport, IA, where she volunteers with Genesis VNA Hospice. 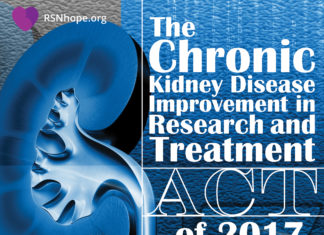 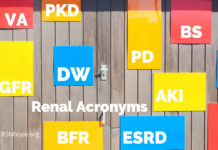 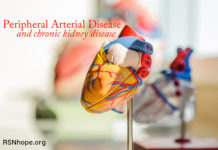 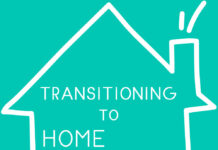 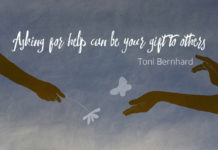 Asking for Help Can Be a Gift to Others