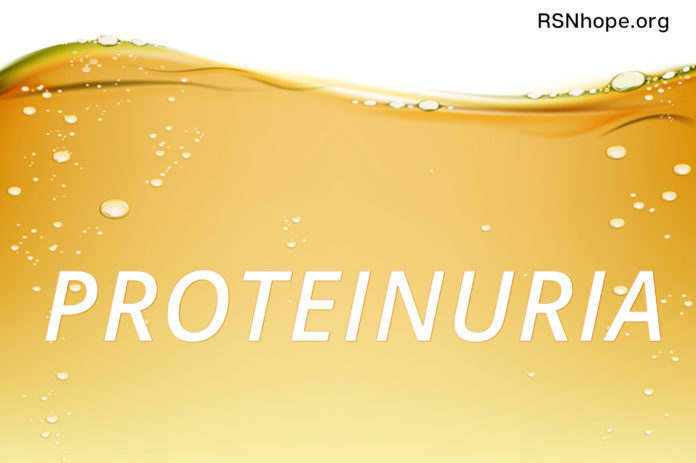 Normally, the kidneys work to filter waste products, water, and other chemicals from the blood and send them to the bladder where they are excreted in the form of urine. In the earliest stage of diabetic nephropathy, abnormally large amounts of blood flow through the nephrons, the tiny filters within the kidneys. This condition is known as hyperfiltration. After years of hyperfiltration, increased amounts of proteins, which ordinarily remain in the bloodstream, may begin to leak into the urine.

One such protein is albumin. Between 4% and 15% of adults with diabetes have small amounts of albumin leaking into their urine, a condition known as microalbuminuria. Since it can progress to kidney disease, it is important to detect microalbuminuria as early as possible. Microalbuminuria can only be detected by special tests that became available within the past 20 years; it cannot be picked up by standard urine tests.

If the injury to the blood filters gets worse, larger amounts of albumin may begin to leak into the urine. This stage is called clinical albuminuria or clinical nephropathy. Because so much albumin is lost in the urine, the level of albumin in the blood falls below the normal range. Albumin is needed for blood to hold water inside the arteries and capillaries. When there’s not enough albumin, water can accumulate in the tissues, causing swelling in the legs (edema), chest, and abdomen. People with clinical nephropathy may notice that their shoes and clothes no longer fit. Carrying extra water weight can cause fatigue and shortness of breath.

In many cases, clinical albuminuria progresses to serious kidney disease within five or 10 years. The best way to prevent kidney problems is to catch filter leaks in their earliest stages. It is important that all people with diabetes get tested for microalbuminuria every year. If doctors detect albumin in the urine, there are measures that can be taken to prevent or slow the onset of kidney disease. These measures include the following: