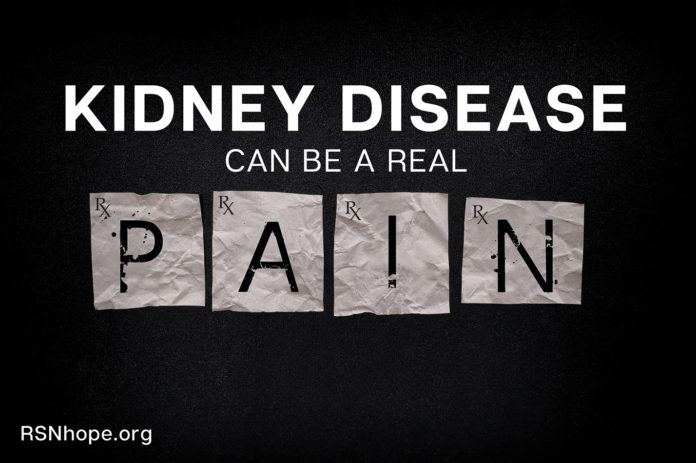 Pain is a common and complex problem in people living with chronic kidney disease. The risks and benefits of treating pain itself need to be understood. Pain medications can cause dependence, depression, itching, constipation, dizziness, light-headedness, feeling faint, abdominal distention, bloating and increased risk of falling. Patients are often unaware of these risks.

According to the Centers for Disease Control and Prevention (CDC), the United States is experiencing an epidemic of drug overdose. The most common drugs involved in prescription opioid overdose deaths include Methadone Oxycodone (such as OxyContin®) and Hydrocodone (such as Vicodin®).

To reverse this epidemic, we need to improve the way we treat pain. We must prevent abuse, addiction, and overdoses before they start.

Patients with chronic kidney disease often have pain due to specific causes. Peripheral neuropathy is an extremely common problem for my patients, especially those with diabetes. This type of pain is due to nerve damage, which causes burning and numbness sensations in the legs. It responds better to drugs usually prescribed for other reasons, i.e., for other diseases that involve the nervous system. For example, the seizure and antidepressant medications that include Gabapentin and the controlled drug Lyrica®. The major concerns with these drugs are the possibility of sleepiness and the fact that they may interact with other drugs that affect the brain and as a result cause confusion.  For these reasons, these drugs are usually started at a very low dose. The dose is gradually increased until pain is controlled. Dosages cannot be raised for patients who have serious side effects.

Another commonly-used pain medication is in its own unique class. It is called Tramadol. Though it is a controlled substance, it is less likely to cause addiction than opioids because there is no euphoria or “high “associated with it. Tramadol poses no problems for kidney function, so doctors can prescribe this drug for chronic kidney disease patients. Tramadol is commonly given with regular Tylenol® to boost its strength as a pain killer. The major problems associated with Tramadol are that some patients feel a bit sleepy with the drug, and about one out of 20 patients experiences nausea from it.

Nonsteroidal anti-inflammatory drugs (NSAIDS), which include Advil and Aleve, can cause kidney failure and reduce urine output. Therefore, we do not recommend them for patients who have chronic kidney disease and still make urine. Dialysis patients who no longer make any urine, however, do not need to worry about protecting their kidneys. They may sometimes still use this class of drugs. But NSAIDs can cause stomach problems like ulcers, and pose a higher risk of internal bleeding. Because of these risks, NSAIDs are only to be used under your doctor’s supervision, even though they are sold over the counter. They also require you to have some food in your stomach prior to use.

Finally, if opioids are used they should not be prescribed on a regular schedule for chronic problems. Opioids are morphine and similar drugs derived from opium. Daily regular use of opioids causes dependence and addiction, and develops drug tolerance. Built-up tolerance means that the same dose of opioid medicine will not stop pain as it used to after a period of regular use.

Most opioid addiction occurs when well-meaning doctors prescribe these drugs for a sudden pain situation, such as after a surgery or trauma. Later, patients find it hard to stop using these drugs. After all, they have a sense that they “feel no pain” while on the opioid drugs. It does not take long before patients start “needing” opioids. Dependence quickly develops.

Depression, poor appetite, and constipation are serious side effects frequently seen in regular users of opioids. Patients need to take great care to avoid this recent and familiar cycle which has become so common it is branded as a “national opioid epidemic”.

Pain is a terrible thing, but so are some of the approaches to alleviating it. Consult your doctor and always report any problems associated with the medications you are given.

Cognitive behavioral therapy – a psychological, goal-directed approach in which patients learn how to modify physical, behavioral, and emotional triggers of pain and stress 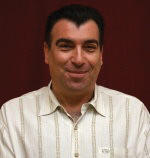 Dr. Minasian is a practicing nephrologist in the Los Angeles area with over 34 years of diverse experience. He serves as medical director for several facilities he has focus on managed care/ACO issues as they relate to the CKD/ESRD population as well as home dialysis modalities. Dr. Minasian is currently serving on the California Dialysis Council and Renal Support Network Board of Directors. 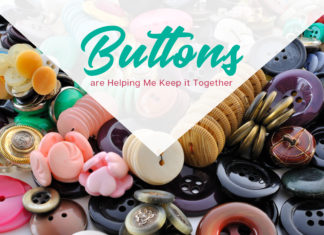 Buttons are Helping Me Keep it Together

As you may know, I have a number of health challenges. When I started back on dialysis last March, after a 20 year run...

What is a Preemptive Kidney Transplant? 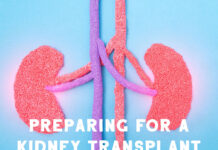 Preparing for a Kidney Transplant 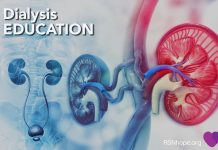 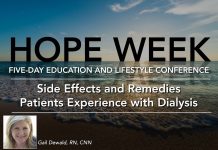 Side Effects and Remedies Patients Experience with Dialysis 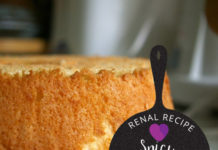