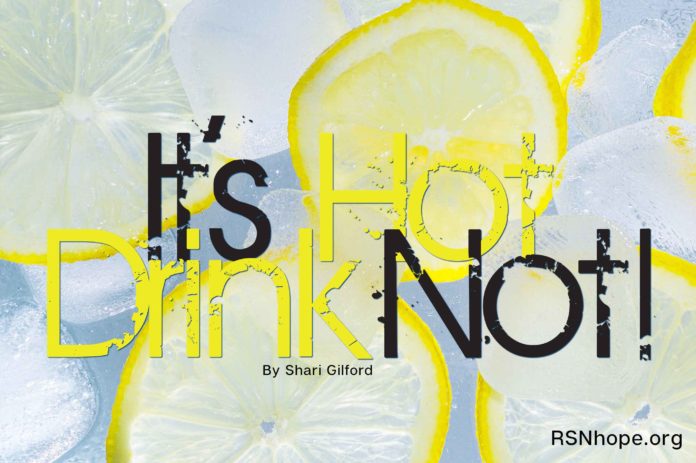 Ahh… summer’s here! Does it make you long for a tall glass of tea or lemonade with lots of ice cubes? You envision the condensation on the outside of the glass, and you can almost hear the ice cubes clink as you head for the refrigerator.

Whoa! Stop right there! What about your fluid restriction? Just this one glass, you tell yourself.

I can relate. I remember when I was eleven, on dialysis, and unable to drink anything (at least that’s how it felt). My father would have a big glass of iced tea at dinner and would let the ice melt in the glass after he finished the tea. The condensation would glisten and drip down the outside of the glass. It looked so refreshing. Me, I got two dinky ice cubes in my glass (no tea) which quickly melted in the heat. I longed to guzzle that cold glass of iced tea!

Many years later and again on dialysis, fluid restriction became second-nature after having learned self-control at an early age. My flowered Cool-Tote bag that looked like a purse went with me everywhere. It held a covered plastic cup with ice cubes in it (with a small ice-pack to keep them from melting). My friends got used to hearing me crunch ice. I learned many creative ways to keep my thirst abated, even during hot summers.

If you are on hemodialysis, your recommended fluid intake may only be a few cups per day. That’s not much, especially when it’s hot and everyone else is drinking continually. And don’t forget—that bowl of ice cream counts too!

Are thirst-quenching cold drinks just a fantasy now that you’re on dialysis? Maybe. But there are many creative ways to assuage your thirst.

The first is to drastically limit sodium intake. Less salt equals less thirst. See the accompanying list for other simple suggestions that might help too.

Remember that not all fluid comes in the form of something to drink. Beware of hidden liquids: ice cream, milkshakes, Jell-O, whipped cream, gravy, soups, sauces, and the liquid naturally found in fruits and vegetables. Ask your dietician for specific guidelines on how much you can eat of these foods, and remember to count them toward your fluid allotment.

Learn what works for you and try to keep everything in perspective. After all, life isn’t enjoyable if there are too many restrictions. Begin by making small changes in your fluid intake, and learn to practice moderation. You’ll feel better during dialysis as well as in between. Then you can really enjoy life, even without all that liquid!

If you’ve been really good at keeping your fluid intake down for the day, reward yourself with a small (4-oz.) glass of your favorite liquid. Savor it; you deserve it!

Shari Gilford teaches English to refugee families in the USA and to disadvantaged children during her travels overseas. Her first transplant was in 1977 and she received her third transplant in March 2006. In between transplants she was on dialysis
for over 10 years. 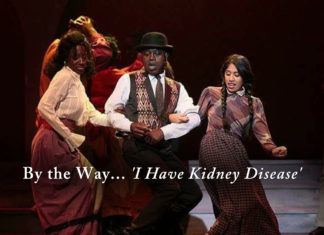 By the Way…’I Have Kidney Disease’

Often compared to Nat King Cole, the famed Broadway star, Aaron Lee Battle is a spectacular and charismatic singer. Most would say he was...

Festival of Life: Compete in the Transplant Games 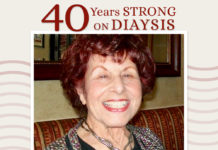 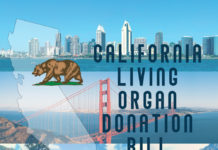 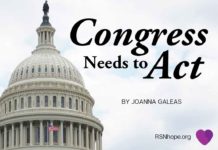 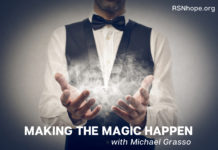