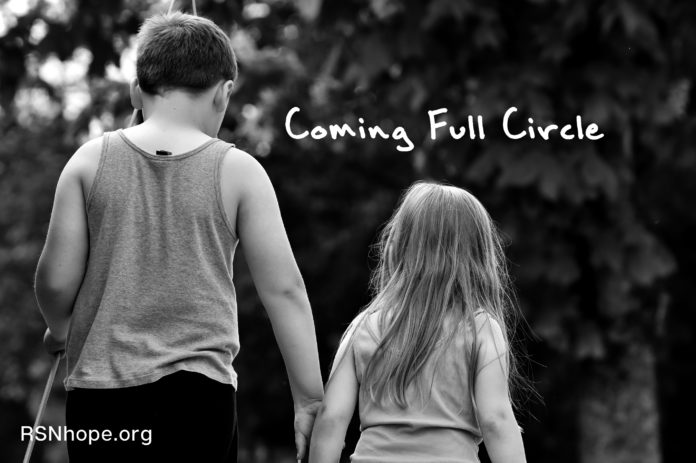 When I was four years old, the one thing I wanted most in the world was to be just like my big brother, Danny. Everywhere he went, I wanted to go. Everything he did, I wanted to do. He was my hero. When Danny turned 9 years old, he was diagnosed with type 1 diabetes. When I turned 10, my greatest wish (and my mother’s greatest nightmare) came true. I became just like my brother: I developed type 1 diabetes as well.

The two of us became a special team. We were each other’s support, shoulder to cry on, hand to hold, and cheerleader. We gave each other shots of insulin and helped with hypoglycemic attacks. There were times during the tough adolescent years when we were both sick at the same time but were in different hospitals and couldn’t be there for each other. We wore our parents out going back and forth between us.

As our diabetes progressed, so did the problems. Being five years older and having diabetes longer, my brother was always first, paving the way for me. During a scheduled operation at age 26 to save his vision, it was discovered that he had kidney failure. He was told he needed to start dialysis right away. My family was surprised because we didn’t know he had been so sick. He later told us he had hidden it from us so we wouldn’t worry.

Danny chose to go on peritoneal dialysis after having emergency hemodialysis treatments. Because he needed a partner to train with him in case he was ever too sick to do his own treatments, he asked me to be his partner, and I agreed. Every day for weeks we went to training together, both of us learning how to take care of him. We always managed to find something to laugh about, even on the really awful days. Through my training as Danny’s PD partner, I eventually started working at a dialysis unit in our hometown.

While waiting for the test results to come back before the transplant could take place, Danny called me to his side and asked, “You know why I’m doing all this, don’t you?” I replied, “Because you want to feel better?” He replied, “No, I’m doing it for you.”

I was incredulous. “Me? Why me?” I asked. “Because I want you to know what your choices are, what to do, and what not to do,” Danny said. “I’m helping you because you’re coming up behind me. One day, you’ll be here and you’ll have to turn around and help someone else coming up behind you. Never, ever forget that.”

With each new problem or difficulty he faced, my brother and I would have that same conversation.

Blind Leading the Blind
I walked in my own shoes but directly on his path for most of my life. After we dealt with his blindness, we dealt with mine. We joked that we were the proverbial “blind leading the blind.” We used to make our mom pretty nervous as we appeared to run into things and each other, but that was before she finally realized that we were just teasing her and releasing a little built-up tension.

When I moved 2,500 miles away, Danny would call me every weekend. He and my husband, Lee, had become fast friends from the very beginning, so he would chat with Lee first and then ask for me. He wanted to know how I was doing and if I had regained any sight at all. Through a number of laser surgeries, Danny had been able to regain some vision. He listened as I cried or laughed as I related one story or another, such as my husband trying to help me fix my BIG beauty-pageant hairstyle. (Thankfully, that hair stage is over!)

When I eventually regained my eyesight, my brother was, of course, overjoyed. He told me that blindness was his greatest fear, and I told him that kidney failure was mine. We would “argue” over which was worse, even though I could never relate to his way of thinking; after all, he had experienced both and I hadn’t. Nevertheless, I held onto my position with everything I had. He would simply smile gently at me with that all-knowing, older brother, been-there-done-that kind of wisdom. And when we both experienced heart attacks, we talked the same old talk: Which was worse, we asked each other, blindness or kidney failure? They seemed to be the only two things on our radar screens. We believed we could manage anything else.

A Blip on the Radar Screen
In 1997, I was diagnosed with end-stage renal disease. My greatest fear had come true. The only problem was that I couldn’t call “my Danny.” Two years earlier, at only 36 years old and during his weekly phone call to my family, my sweet brother died. Now I found myself walking in my own shoes on my own path. I had never, ever been so terrified of anything in my life as I was then. All I could think of was Danny and the things he had been through, and I didn’t want to relive his life. Working in a dialysis unit had provided me with much knowledge, but I hadn’t taken the time to turn that knowledge into wisdom. Believe me, there is a huge difference between the two!

When presented with my options for dialysis, I chose the no-treatment option. I was more afraid of dialysis than I was of dying. In my mind, dying would be easy. Kidney failure, dialysis, and everything that went with it would be much, much harder, and I wanted no part of it. My family, however, stood in a very different position. They understood my feelings, but they didn’t agree. They were afraid, too. Not of the kidney failure, but of losing me.

My mom would call every day and ask how I was feeling. Then, with the voice of a mother’s heart breaking while trying oh so hard to be supportive, she would ask me to please reconsider, reminding me that she had lost a son and wasn’t ready to lose a daughter. I could hear the tears in her voice, even though I never actually heard her cry. My husband said he understood but couldn’t agree, because the loss would be too great for him and our then 15-year-old girls. The girls were just quiet, trying hard to be brave and make sense of it all. Every time I looked at them, all I could think was that I didn’t want them to live with a mom who was sick all the time, which only served to reinforce my position.

After being told it was time to get my family into grief counseling, I went home and watched each one silently. I thought about what I would miss in their lives–all the Christmases, birthdays, proms, graduation, college, marriages, and children. I watched my husband, my heart so broken at the thought of leaving him alone that I could barely see him through all of the guilt. We lived like that for months, saying our good-byes, our I love you’s, and everything and anything that mattered to us. It was our end and we knew it.

The Turnaround
When I awoke one night very sick, I knew the time had come. It was the week before Christmas and my parents were visiting. In the middle of trying to be quiet and not awaken anyone, my brother came to mind. I thought about our recurring conversation and his words: “I’m helping you because you’re coming up behind me. One day, you’ll be here and you’ll have to turn around and help someone else coming up behind you. Never, ever forget that.” Danny had always turned around for me. I had a choice to make.

In my thoughts, the first person I saw behind me was my brother. Then I saw my family. Next I saw all of the people who were coming up behind me who were as afraid as I was. At that moment, I turned around and knew I couldn’t turn back. I chose hemodialysis.

I won’t lie… it wasn’t easy to begin with. I cried, became angry and depressed, and cried some more. Then one day while sitting in the chair, I realized I had another choice to make. If I really believed in the God I claimed to believe in, then life held something far different than the life I was living. I had turned around, but I hadn’t stepped forward. I simply had turned around without taking a single step.

Upon that realization, kidney failure and dialysis changed from my greatest fear to my greatest blessing (yes, I said greatest). I began looking forward to “my quiet time” in the chair… four hours, three times a week, just for me. I thought I was special, someone chosen to have this much time set aside just for them. I’ve always loved to read, so I read the Bible, newspapers, magazines, pamphlets. I read about kidney disease, faith, diabetes, world events, end-of-life issues, relationships, trips to Africa and other places, people, fun things, and not-so-fun things. Slowly–with God’s help, my family’s love, my brother’s courage, and the prayers and support of friends–I was able to turn knowledge into wisdom in order to step forward in faith and do for others what my brother had done for me. During my time in the chair, I found peace, joy, love, and hope.

In the deepest memory of my heart, I can see my brother smiling.

About the Author
Dawn Dungan is a kidney transplant patient. Her 20 years of experience with kidney disease influences her work as the patient liaison for Renal Support Network. She has a degree in English and is a freelance writer. She is also a public speaker on topics of kidney disease, diabetes, blindness, and death/dying. She lives in Billings, Montana. 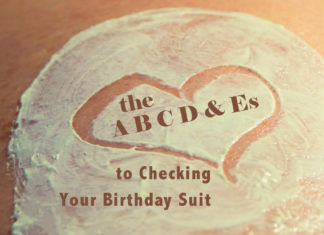 Organ Donation Myth 4: The rich and famous are given donated... 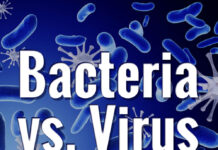 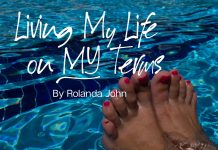 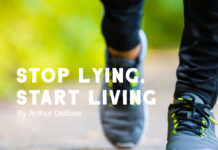 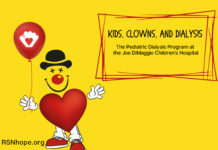 Kids, Clowns, and Dialysis: The Pediatric Dialysis Program at the Joe...